On the Bristol Channel in Somerset, England, lies the small harbour town of Watchet.  Not only does it boast a beautiful view of the Channel as you walk around the harbor (and a wonderful little fish & chip shop), it is also home to a magnificent lighthouse.

I have a vague memory from long ago of climbing up some winding, metal stairs to the top of a lighthouse, but I have no idea where or when.

Perhaps it was a dream. 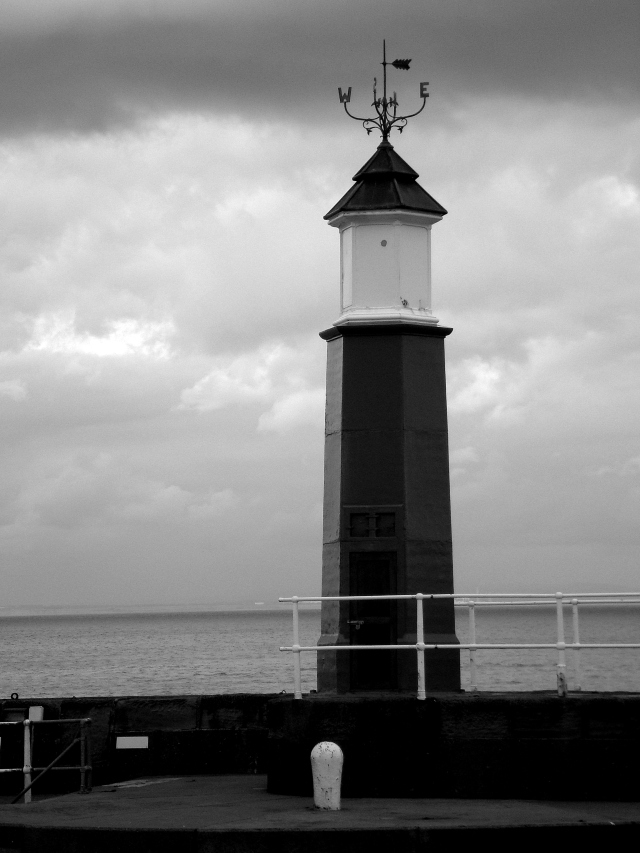 But Watchet also holds a secret.  At least, it did for me the day I first visited a few years ago.

When I lived in California, so far as I knew, that is where I would stay, with my children, indefinitely.  I didn’t expect to return to England and I certainly didn’t expect that one day I would live in Somerset, visiting this little harbour town.

Who would have thought that all those years ago, when Eldest Son was studying English Literature at high school in California, specifically the poetry of a certain Samuel Taylor Coleridge, that one day I would be standing in front of a sculpture of The Ancient Mariner, complete with the Albatross around his neck, erected in honour of the famous poet. 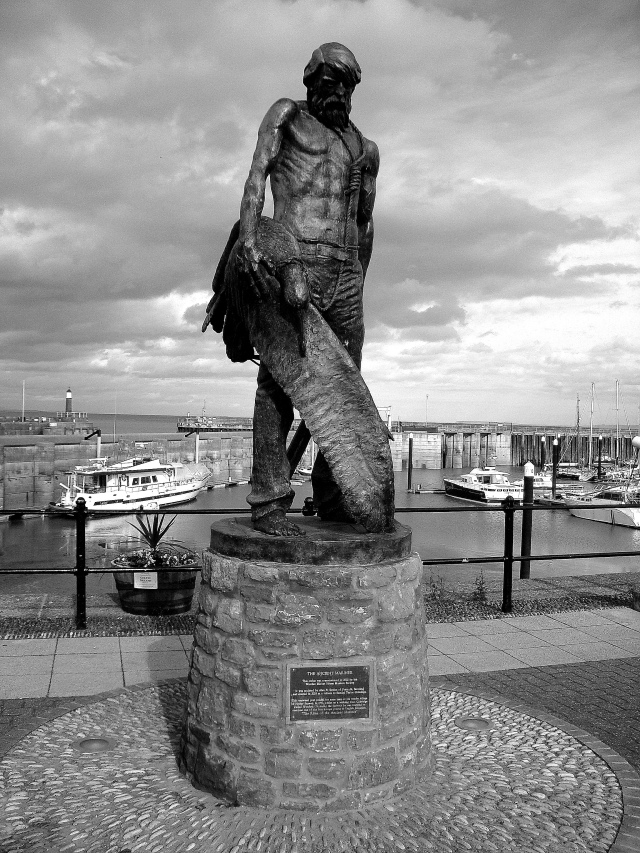 Statue of the Ancient Mariner, commissioned in 2002 by Watchet Market House museum Society, sculpted by Alan B. Herriot of Penicuik, Scotland, erected in 2003 as a tribute to Samuel Taylor Coleridge
(c) Sherri Matthews

This is because the famous poet once lived in the nearby village of Nether Stowey.  In 1797,  while walking around Watchet, he stopped to look out at the water across from the harbour. It was here, at this very spot, that inspiration moved Coleridge to write The Rime of the Ancient Mariner, one of the best known poems in English literature.

‘Ah! well a-day! what evil looks
Had I from old and young!
Instead of the cross, the Albatross
About my neck was hung.’

(Read the poem in full here.)

I couldn’t wait to tell my son.  We had no idea that the origins of such a famous poem had begun so close to our new home.

Today for the B&W Photo Challenge , I’m tagging Steve at iChristian whose beautiful photography never fails to astound me.  He has probably been tagged already for this challenge, but I’m going to tag him anyway. So there!

I’m tagging Maria of brickhousechick for the Tell 5 Secrets Blop Hop.  Maria’s wonderful posts will make you laugh, cry and think about what is most important in life.  I can’t wait to see which secrets she will reveal.

Tomorrow I’ll be back with Day 4 of the challenges, the last one for this week.
See you then!

Sherri has published a collection of non-fiction articles in magazines, anthologies and online at her Summerhouse blog, and a memoir column at Carrot Ranch, an international online literary community. A keen walker and photographer from the UK, she raised her family in California for twenty years. Today, she lives in England’s West Country, hoping soon to publish her debut memoir.
View all posts by Sherri Matthews →
This entry was posted in Blog Hops, Family Life, Photos and tagged Black & White 5 Day Photo Challenge, Family Life, Lighthouses, Rime of the Ancient Mariner, Samuel Taylor Coleridge, Secrets, Somerset, Tell 5 Secrets Blog Hop, Watchet. Bookmark the permalink.