In Which The Story Changes

Posted on November 6, 2015 by Sherri Matthews

I found the words one day as I walked. 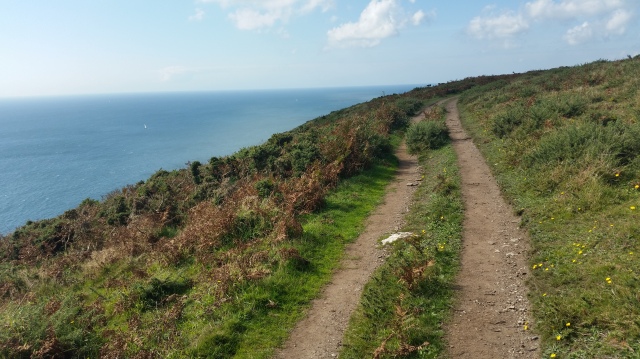 These words:  ‘Stranger In A White Dress.’  The title of my memoir.

But as I climbed high above the sea,  I found something more:

And I realised that whether I look up or down, I never stop asking ‘why’.

Does this change anything?  The tide ebbs, the sun sets and the moon wanes anyway.
I know I’ve changed, but some things stay the same. 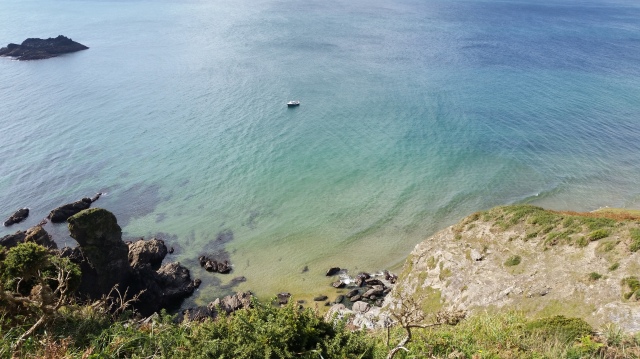 I hear a girl, giggling then yelling: ‘No, let me do it on my own!’ as she pulls away from her  father.  He tries to show her that the water is safe, if she will only take his hand
and walk with him into the gently lapping sea.

But she doesn’t trust him, not for this.  She will get her feet wet only when she’s ready
and not before.    She will do it her way and though he tries to convince her, she resists.

She observes, unnoticed, from the shadows lurking at home how her father paces, checks his watch and reaches into his jacket pocket for a cigarette and taps it three times on his silver cigarette case – tap; tap; tap – then lights it.

“I’m going to the pub now, be back soon!” he calls out, as a curl of grey smoke drifts up into his squinting eyes.  She wants to chase after him and say please don’t go, stay home with us, but she knows that she can do nothing to change his mind.

He shuts the front door behind him and as she turns around to glimpse her mother’s tight, pinched face, the girl knows that later, as she lies awake in bed watching her pale, yellow curtains flap gently in the breeze, she will hear her mother cry.

The sun always sets, but our horizons burn with change 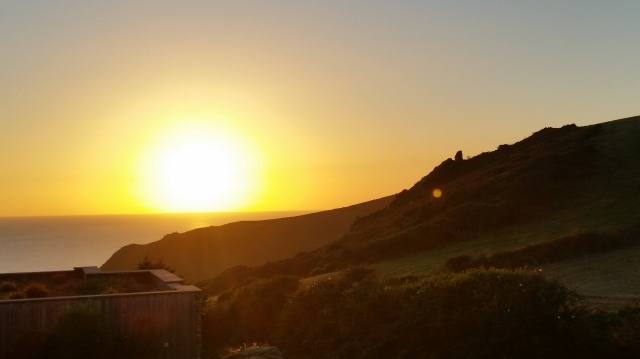 In the place where I found my story. 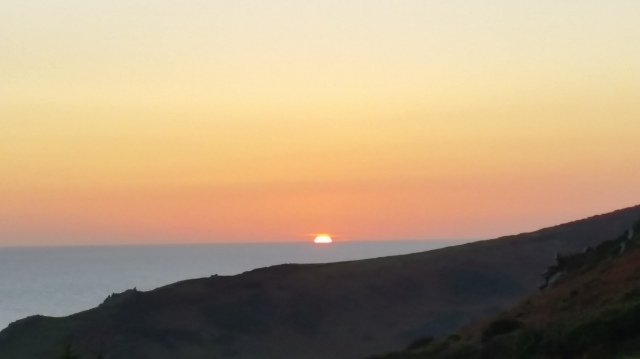 And I remember how I climbed to the top that day, and I didn’t quit.

The post I planned for yesterday didn’t happen.  This post wrote itself this morning in the aftermath of receiving a letter from my dad telling me he is back in prison. I’m reeling a bit I admit: hurt; disappointed; angry.  But I’ll get over it, I always do.  I thought though that this time he would make it, I really did.  Such is life with an alcoholic father.  I began my blog almost three years ago sharing about my dad, and I continue to do so not for sympathy, but because it’s part of the story.  Part of life.  It’s raining today at the summerhouse, thank you, dear friends, for sharing the view with me rain or shine.   Maybe tomorrow the view will be a little brighter.

“Ninety-nine percent of those who fail are not actually defeated, they simply quit.’
~Paul J Meyer.

Sherri has published a collection of non-fiction articles in magazines, anthologies and online at her blog, diverse guest features and a memoir column at Carrot Ranch, an international online literary community. A keen walker and photographer from the UK, Sherri raised her family in California for twenty years. She has worked in the legal and medical fields and is now carer and advocate to her youngest on the autistic spectrum. Today Sherri lives in England's West Country not far from the sea, hard at work on final edits of her debut memoir.
View all posts by Sherri Matthews →
This entry was posted in My Dad's Alcoholic Prison, Travel, Weekly Photo Challenge and tagged Alcoholism, change, crime, England, Family Life, Father & Daughters, Memoir Writing, postaday, prison, story telling, travel, Weekly Photo Challenge. Bookmark the permalink.

90 Responses to In Which The Story Changes