Sitting with my mother in the hospital a few weeks ago, an elderly man shuffled into the small waiting room and flopped down into a chair. ‘Three children, eight grandchildren and I never see them…’ he sighed, catching my eye. A nurse fast appeared, helped him to his feet and walked him out to wherever he needed to go next.  I could only mumble a quick goodbye.  Was it true what he said?  I hoped not, but how sad if so.

I wonder how some people end up so terribly lonely, isolated and forgotten.  And loneliness kills.

‘…the harmful effects of loneliness are akin to the harm caused by smoking, obesity or alcohol misuse.’

A previous study in 2010 goes into more detail, concluding:

‘The results of this study remind us that health has a strong social element and is not merely physical. Connecting with others can improve both mental and physical wellbeing.’ 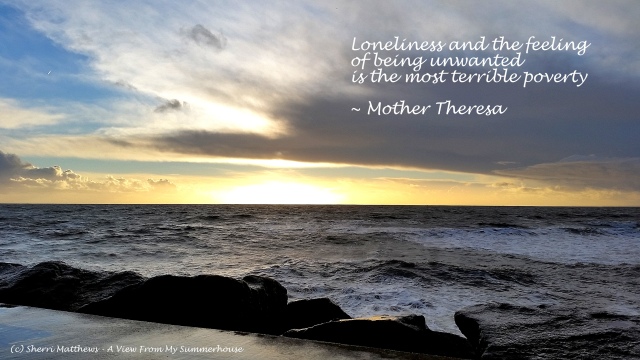 Mum has been home for a few weeks now and recovering well.  She lives alone, but she is not lonely.  She is blessed with close family, friends and neighbours.  Thank you so much, dear friends, for your love, concern and prayers, your messages have kept me going these past several weeks, so that although absent from blogging, I have known you are there.

And while I’ve been away from the Summerhouse,  I have used any time I can manage to press on with my memoir rewrites.  Since I finished the first draft last September, I’ve struggled, despairing, many times reaching for it only to watch it slip through my fingers like oil.

I had set myself a deadline, you see, because thanks to fellow memoir writer and blogging friend Lisa I will be going to London next Tuesday, and every Tuesday after that until the end of June to City Lit to attend a workshop for memoirists looking for help with the last push on their WIP.  Lisa will post Memoir Monday weekly with updates and connecting with other memoirists.

I have never attended a writing workshop of any kind before, so this will be a new adventure. And of course, I get to meet Lisa, which I am very much looking forward to. Excited, nervous, just about there with a rewritten second draft, I’m moving forward, oil slicks notwithstanding.

The finish line is there, I can almost see it… 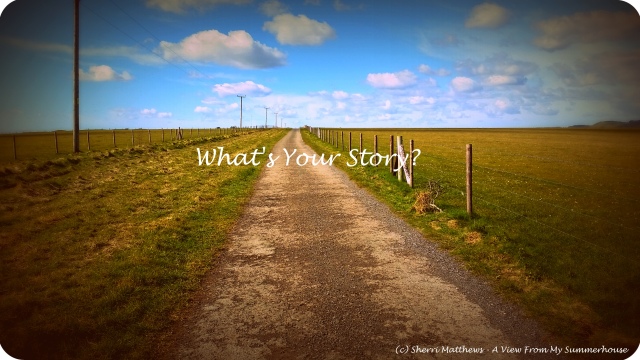 So what of Tony Soprano, Mob Boss of ‘The Sopranos’ (how did we survive without box sets?)? There’s a man surrounded by family and ‘friends’ (although, how many friends can a Mafia Boss really have?), yet exudes loneliness.  I love nothing better than a book, film or TV show that captures the psychology of the criminal mind in all its complexities, something that has fascinated me for as long as I can remember.

Tony Soprano’s complex relationship with his psychiatrist, his outbursts of unhinged violence tempered by moments of tenderness and vulnerability that he would rather die before revealing, make his character one of the most fascinating, compelling and utterly abhorrent I’ve ever known.

He is not conventionally handsome, but he oozes charisma and sex appeal.  No spoilers here (I have yet to watch the final season…) but this is the best thing I’ve ever watched.  Better than Game of Thrones, better even, dare I say it, than Breaking Bad.  And I love both.  As it rolls from one episode to the other, my heart races at the thought of what I know will be its cataclysmic denouement.

Losing myself in The Sopranos at this time of my life has proven to be peculiarly therapeutic. Don’t ask me how, but it is helping me write my memoir. The Soprano storyline walks me along a constant knife’s edge between the love of family and the terrible deeds done to protect that family.

The masterful screen writing and acting (in my humble opinion, I’m no expert), compels me to explore through my writing the war we wage within ourselves, vying for victory somewhere between the light and dark of the human soul. 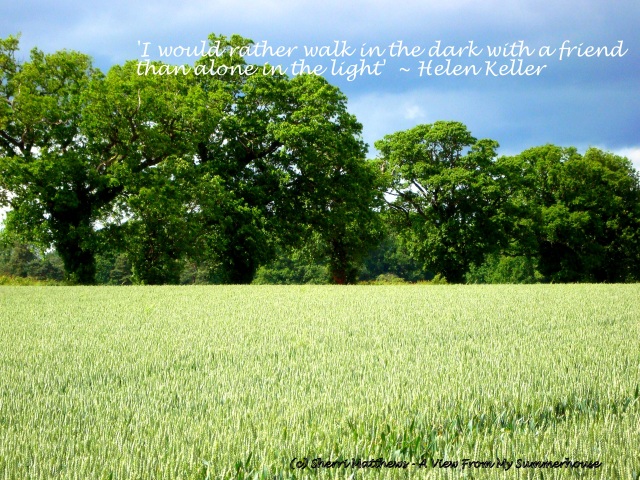 Writing is an isolating and lonely business.  I think the course in London will be a good thing as I admit to going a bit stir crazy sometimes. But although I have experienced loneliness a few times in my life, I have not known the kind that the elderly man spoke of and I hope and pray I never will.

I hope he has someone, even if just one person, who cares enough to visit him. Tony Soprano is a fictional character, but I wonder how many people in real life he represents, a man who seemed to have everything, except true friends.

And true friends are the purest gold, worth more than any stash Tony Soprano kept hidden in the rafters.  Love and connection with family and friends is a life saver. Studies prove it.

Sherri has published a collection of non-fiction articles in magazines, anthologies and online at her Summerhouse blog, and a memoir column at Carrot Ranch, an international online literary community. A keen walker and photographer from the UK, she raised her family in California for twenty years. Today, she lives in England’s West Country, hoping soon to publish her debut memoir.
View all posts by Sherri Matthews →
This entry was posted in Memoir and tagged City Lit, Family Life, Friendship, Human Nature, loneliness, Memoir, Memoir Workshop, NHS, Psychology, The Elderly, The Sopranos, Tony Soprano, writing. Bookmark the permalink.