Write Your Dream but Don’t Kill the Creativity

Do you have a dream?  Has your dream been with you for just a little while or, as in my case, most of your life?  Does this dream consume you, or is it something you pick up once in a while when not otherwise distracted with this thing called ‘Life’? 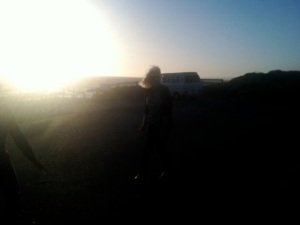 My dream has always been to be a published author.  But like so many of you busy raising a family and working,  trying to find the time to write proved darn near impossible.

I  never seemed to be able to get my writing off the ground; I take my hat off to all you writing mums of young children out there. I don’t know how you do it.

Years ago, I dabbled in a couple of writing courses just to ‘test the waters’ and see if I was up to the task. The first one I attempted was a children’s literature course.  I started it at the same time that I fell pregnant with my third child, my daughter.  Unfortunately, five months of severe morning sickness put an end to that. I never went back to it but the dream never went away.

Now, 20 years later, I still can’t believe that I’ve had a few articles and a short story published in magazines. Along the way, I somehow managed to gain that illusive self-belief that I could at long last write the book which I’ve wanted to write for over 30 years.

It’s not an easy story to tell, a memoir of a painful time in my life, but I’ve started it, I keep telling everyone that I’m writing it, and I know exactly what I need to write.

But something has gone wrong.

Every morning when I wake up, I’m assailed by some dark force that hangs over me, trying to steal my dream.  It tells me this: “You can’t write this book so give up now. Nobody will want to read your crappy book.   Who cares about your story?  Publishers aren’t interested in books like yours.”

This is not uncommon, I know that.  All part of the process, I do understand that too.  I also know we must swallow a healthy dose of self-belief and that ultimately we have to write what we feel led to write. But what if fear of failure and rejection hangs over you like a lead weight, threatening to steal your creativity, to sabotage your dream? What if we start to believe the lie?

Allow me, if you will, to tell you a little story about my son.

My younger son was determined to become a guitarist.  When he was sixteen, I helped him buy his first second-hand electric guitar from a school friend.  From that moment on and for the next few years, also while studying for his GCSEs and then A Levels, he spent hours up in his room, night after night, practising as he taught himself to play.

He had learnt piano as a boy but had never played the guitar before.

By the time he finished his A Levels, he wanted to apply to Brighton Institute of Modern Music (BIMM), an acclaimed music college in the UK.  It’s all he wanted to do.  He had a dream.

He was accepted on audition, despite the fact that he had never had one single guitar lesson. 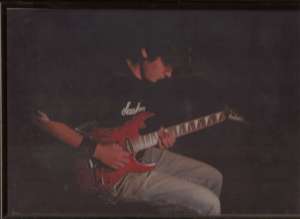 He completed his Professional Musicianship degree, but something wasn’t right.

He told me that the course killed his creativity, because he couldn’t pursue the music style he wanted: he was compelled to play music that held absolutely no interest for him.

As a result, after he graduated, he stopped playing his guitar for a while, but he did eventually go back to it.

He still has his music dreams and practises and writes his music, jamming with friends, but he hasn’t given up the day job.  Part of him wishes he had never gone to BIMM.

Is it the same with writing I wonder?

Can you start off fired up, knowing what it is you want to say, to write, with your own way of writing it, only to suddenly start to doubt that way of writing and fear that you will never fit the mold?

We all know that we need to study magazines to apply market analysis so that we can write for the market.  Is it the same for books? Is it possible to write in our own unique style and still be a successful author these days? After all, nobody wants to end up on the slush pile.

Stripping all this away, I’ve realised that we are left with the simple fact that when we feel like this, we need to just get back to basics.   Back to remembering what our dream was in the first place.

My son’s dream was to play electric guitar and write music to share with others.   I want to write a book that will touch the souls of those reading it.  Does my son hope to be in a successful band one day?  Of course.  Do I want to be a successful, published author?  Absolutely.

But if we lose sight of our reasons for pursuing these goals in the first place, then surely we are on a sure-fire path to disaster?

What I do  know is this:

Once the idea for the story is conceived, it grows every day, getting bigger and bigger until at last it reaches bursting point.  You’ve waited all this time, nurturing it, caring for it lovingly, excitedly awaiting the moment that you can at long last deliver it.

Except now you say that you can’t face the hell of birthing this monster, the pain of what you must go through to get to this point.  Yelling, “I can’t take it anymore!” is too late.  You have no choice in the matter.

Face it: this baby is coming, like it or not.

Much like when I was in labour with my daughter.  It was stop-start, stop-start.  My obstetrician was due to leave that day for his holiday in Hawaii.  I didn’t get to the hospital until early evening, and things had slowed down by then for some reason.

At about eight o’clock that night,  the doctor casually sauntered into my room wearing a Hawiian shirt, sunglasses and carrying a suitcase.  Well, maybe not the suitcase, but you get the gist… 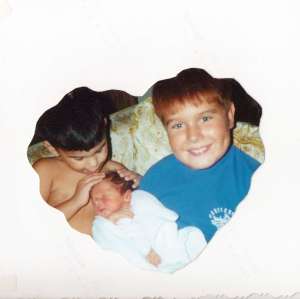 The baby is born, here with her brothers
(c) Sherri Matthews 2013

He wanted to send me home since things ‘weren’t progressing’. I said, “Not bloody likely, I’m not leaving until I have this baby!”

As I held my daughter in my arms shortly after,  the pain of  only minutes before disappeared like a vapour, forgotten as of no consequence. I knew that it was her time to be born that night.

Perhaps I need to remember this when it comes to writing my book.  There will be an outcome, when the time is right.  I have no choice, it is simply a process that I have to go through.

Am I scared of failure? You bet.  Scared of rejection?  You better believe it.  Dreading the pain?  Yep. Any time you feel this you have to take courage and face it head on. This is what I tell myself all the time.

So next time I am assailed with thoughts of giving up, I will square off in front of those wicked thoughts, rise up and tell them in no uncertain terms,

It’s all about staying power. People, we can do this.

‘No sooner is your dream conceived then your mind is suddenly filled with all the reasons that it may not work.  In spite of this, you must forge ahead and dream, otherwise you will spend the rest of your life fulfilling the dreams of others’. UCB