The storm arrived last night as was forecast.

It did its best to wreak havoc with its howling winds and pounding rain.  By morning the damage was done but not as bad as was first feared for us in our corner of Somerset, although it managed to bring down my rose bush at the front of our house.

All is not lost. This is not the first time my rose bush has come down in such a way and it probably won’t be the last. It has fallen down but it is not broken and it can be fixed.

My lovely boy has had his heart broken.

The ripple effect of his breakup with his girlfriend of several years (she 25 he 25 next month) has caused major upheaval and he and his wellbeing have been my priority these past few weeks.  He very graciously permitted me to share this here with you, my dear readers.

This is not about airing the family’s dirty laundry or turning a sad, sad situation into some kind of Jerry Springer moment.  I have had to keep my counsel and not wade in, as is a mother’s job. This is me sharing my heavy heart knowing that I can write here about such things as a way to shine some hope into my son’s despair.

I, we, as a family, have provided my son sanctuary. He is comforted, yet he is restless.  He heals, so tenderly, yet he is deeply wounded.  He laughs, briefly, in those small, unguarded moments yet I know that he still cries when he is alone with his grief.

My son wears his heart on his sleeve and sometimes this means that he pays the price.  He pays the price for his loving kindness and his honesty and his unconditional love.  When this is thrown back into his handsome face, the light in his beautiful brown eyes is dimmed and lies hidden behind a wall of black incomprehension.  The price is the cost of his pain.

Now his path is littered with the debris of the storm that raged all about him in the blackness of his long, lonely night.

The path before him is blocked and he doesn’t know which way to turn. 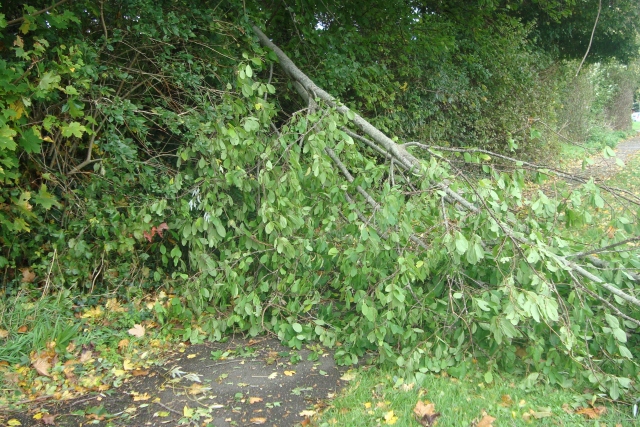 The way forward may seem impossible at this moment.  The storm blows through yet its damage has been done.  What once seemed like a stronghold, a secure protection, has come down and weakened his defences.  What he thought was forever he now knows was merely a fleeting dream.

Yet all is not lost.  This can all be fixed, put right, restored.  stronger than it ever was before.  None of this is insurmountable and I remind my son of this:

As you surely will. You are down, but you are not broken and you will be fixed. You will find your way even as your storm continues to rage inside your beating heart and torments your confused mind.  Your thoughts are clouded now but the winds of change are blowing away the debris, the dross, the fallout and your path will clear away before you so that you will walk free on that distant day.

The philosopher Kierkegaard once said:

“The greatest loss, that of oneself, may pass unnoticed.”

Although you feel lost in this moment oh lovely son of mine, the way forward will soon enough reveal itself to you and once again, you surely will find your way home.

“For I know the plans I have for you”, says the Lord. “They are plans for good and not for disaster, to give you a future and a hope.”  Jeremiah 29:11