Summerhouse Snow And Pressing On

Posted on February 1, 2019 by Sherri Matthews

This must be my latest yet for wishing you all a Happy New Year… I tried to squeeze in before the end of January, but didn’t make it.  Still, at least I managed it before Valentine’s Day…

How are things in your neck of the woods, dear friends?  Here, the Summerhouse sits in Somerset Snow all very pretty and very cold.  My geraniums, however, flourish in the porch as they did last winter… 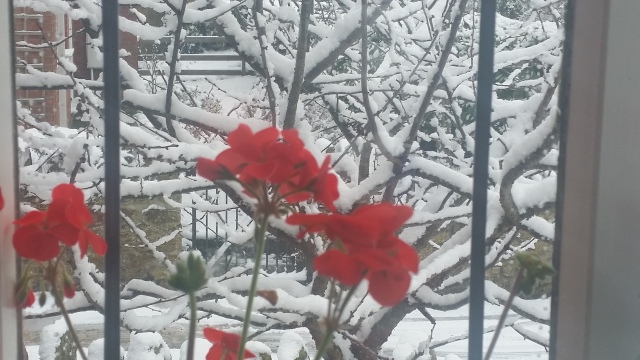 View from the Porch 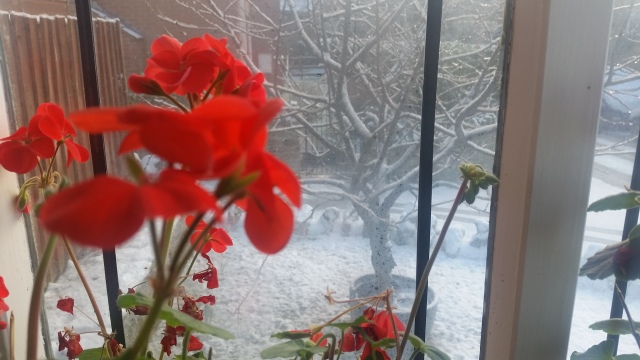 This is the first snow of the season, which for us in the West Country of England is not that common these days.  Last year’s snow in March was not typical by any means.  I shiver now when I think how close hubby and I came to spending the night in our car…

We can go years and not have any snow at all in these parts.  It’s funny how my family still gets excited when it does.  I grew up in Suffolk in the 70’s and know all about those blizzards when the wind whips up a frigid blast across the North Sea sending snow drifts through the back door.  Them were the days…

But my now adult children grew up in California.  We had snow, if we wanted it, up in the mountains a couple of hours away. But they never had it fall on their doorstep, never watched  snowflakes flutter past their bedroom windows and settle deep enough for making a snowman in their own back garden.

So we get excited. 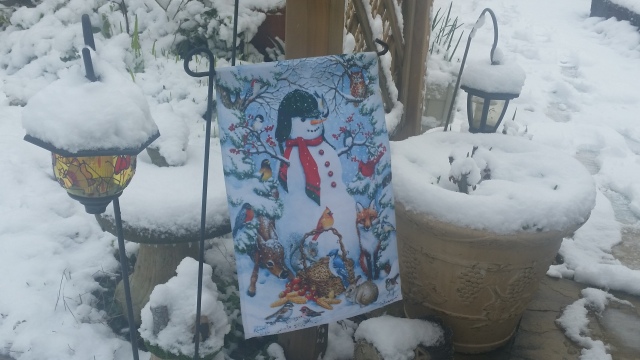 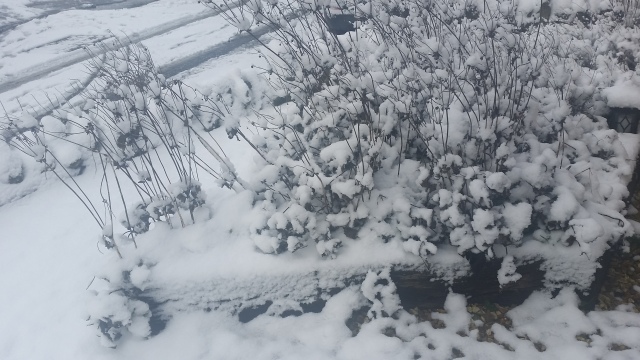 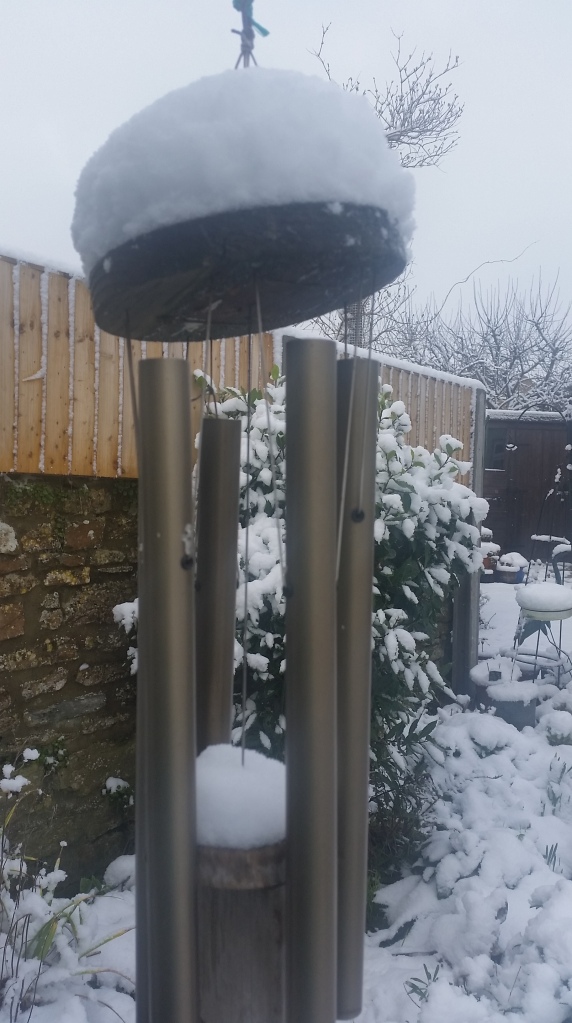 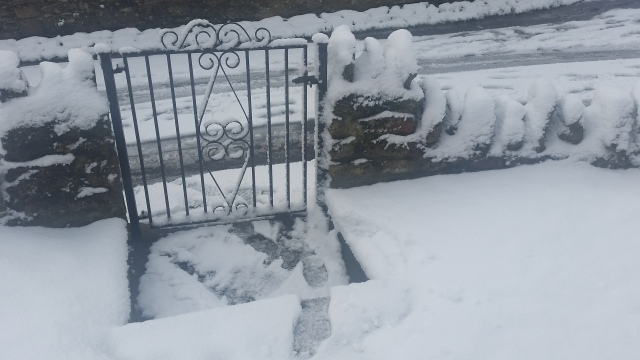 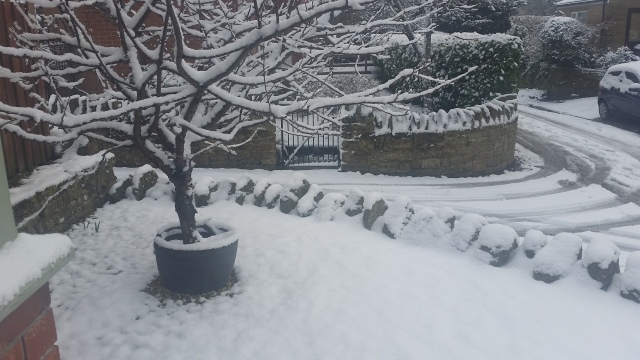 To Kitty who is growing up fast, now fully recovered after her spay operation last week.  She surprised us all when she came into heat at only four months old over Christmas.  Poor little thing.  And poor Eddie.  He’s almost thirteen, a grand old Boy, and does not understand, much less tolerate, such behaviour.  With all that done with, thank goodness, they’re happily restored as friends, happily eating one another’s food given half the chance. 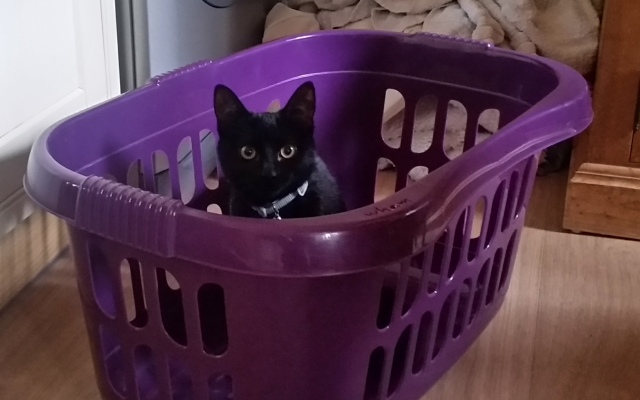 Kitty helping with the laundry

My other news is I’m cracking on with my book edits to ready my memoir for submission to publication, but January flew by in a blur of doctor/hospital/specialist appointments for my family, and will continue like that for several more weeks.

Meanwhile, thank you so much for dropping by when you can and visiting the Summerhouse (and me!) through rain, shine or snow. I look forward to catching up as soon as possible.  In the words of Arnie, I’ll be back!

Sherri is a writer with work published in print magazines, anthologies and online. As a young British mum of three, she emigrated to California and stayed for twenty years. Today she lives in England's West Country, a full-time carer within her family. Her current WIP after completing her memoir is a psychological thriller.
View all posts by Sherri Matthews →
This entry was posted in Family Memoirs, Photos of Cats and tagged Black Kitten Photo, California, cats, England, Family Life, Family Memoirs, Memoir, snow, Somerset Snow Photos, Suffolk, West Country Snow Photographs, Writing Updates. Bookmark the permalink.

60 Responses to Summerhouse Snow And Pressing On