Halloween Music And A Homecoming

In February, we put our house up for sale.  Nine months later and four weeks at the Goose Farm, we moved into our new home last week.

For five of those weeks, my cat Eddie had to stay in a cattery.  The owner there could not have been kinder and more lovely.  She made sure my boy, who is eleven years old and has never been away from home before, was well looked after.   I visited regularly which helped, although it broke my heart as time went on having to say goodbye to the sound of his plaintive meows.

I collected him yesterday, and as you can see, he’s already settling in on his familiar spot…and a quiet Halloween for him this year… 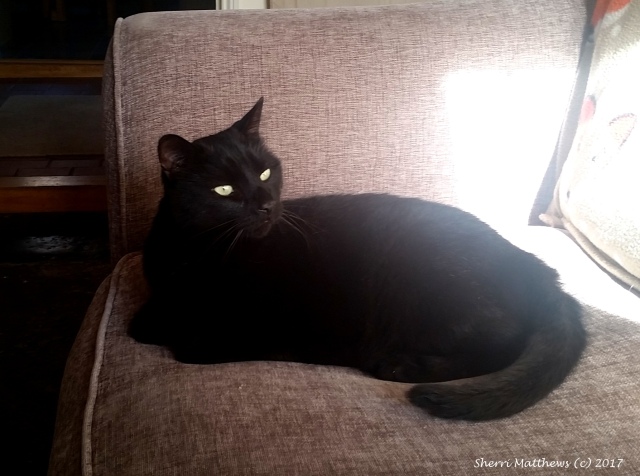 Thank you again to all of you who have shown such amazing support for the Flash Fiction Rodeo running at Carrot Ranch.  I was thrilled to host my Murderous Musings contest last week. For those of you sitting on the fence, you still have until EST 11:59pm tonight to enter! Judges Hugh Mike and I can’t wait to read all your deliciously devious entries.

I’ll reblog Charli’s Ultimate Flash Fiction Challenge after this.  Her final Contest #8 at the Rodeo is a corker.

Sharing emails about the contest (and again, thanks so much to Hugh and Charli for stepping in at the Ranch while I was otherwise assailed by packing boxes), I let Hugh know we had moved. I told him about a photo I had taken on the last day as I stood at the top of the stairs for a moment, wrapped in the silence a house holds in that strange space between hello and goodbye.

Sunshine blazed into the hallway below through the partly open front door.  Minutes after I took this photo, we walked outside, handed over the keys to the new owners and drove away, not looking back. I promised Hugh I would post the photo to mark the beginning of a new chapter… 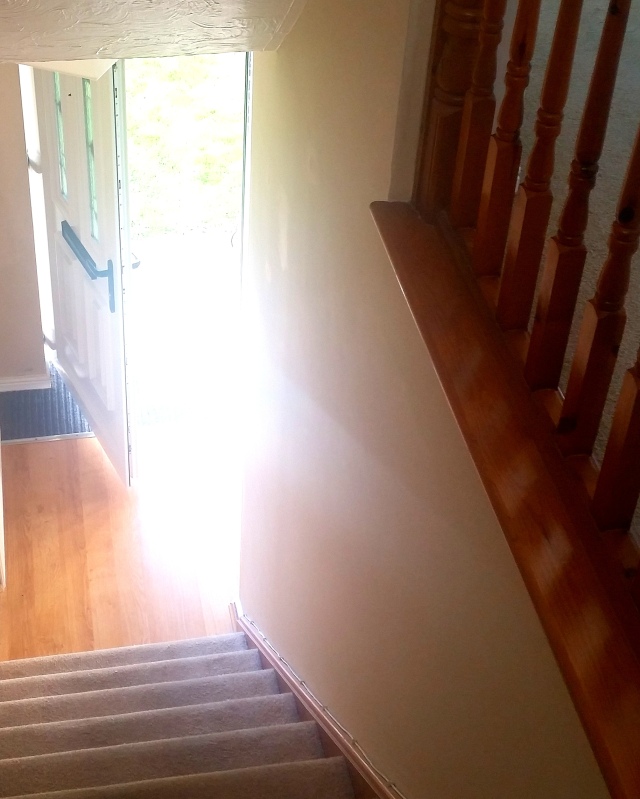 And that was that.  Now to new things and hopefully some kind of blogging and writing through the unpacking madness, ha.

Meanwhile, here’s a special treat for you: A fantastic collaboration on the Halloween Theme song between two of my favourite and talented musicians, Liam John Norton and Nick Estrada.  I’ve shared Nick’s music here from time to time.  That’s him (yep, my boy…!) on guitars.  Enjoy…

Sherri is a writer with work published in print magazines, anthologies and online. As a young British mum of three, she emigrated to California and stayed for twenty years. Today she lives in England's West Country, a full-time carer within her family. Her current WIP after completing her memoir is a psychological thriller.
View all posts by Sherri Matthews →
This entry was posted in Flash Fiction, Halloween, Music and tagged Black Cats, Flash Fiction Contest, Flash Fiction Rodeo, Halloween, Halloween Theme Song, Happy Halloween, Homecoming, House Move. Bookmark the permalink.

61 Responses to Halloween Music And A Homecoming